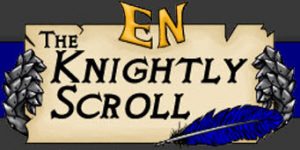 Okay folks, the long-awaited sequel to Pacific Rim is finally here. This is one movie that I’ve been looking forward to ever since I heard that it was being produced.

So how does it compare to the original? Let’s break it down.

In Pacific Rim: Uprising, ten years have passed since the Battle of the Breach, and the world is in a new era of peace. However, when a rogue Jaeger is unleashed and the return of the Kaiju seems imminent, Jake Pentecost (John Boyega), the son of the late Stacker Pentecost (portrayed by Idris Elba in the original film), must lead the next generation of Jaeger pilots, including his former co-pilot Nate Lambert (Scott Eastwood) and teenage Jaeger hacker Amara Namoni (Cailee Spaeny) to saving the human race once again.

Upon the release of the first trailer last year, I began hearing a lot of complaints about this movie. People seemed to believe that it was too bright and cheery, whereas the first movie was dark and gloomy. Not only that, but they saw the Jaegers as too much like Power Rangers. However, this movie, as mentioned above, takes place ten years after the end of the first movie. That’s more than enough time to both rebuild the cities destroyed in the Kaiju War as well as improve and upgrade the Jaeger program.

So anyway, let’s talk about this cast. Also as mentioned above, John Boyega, Scott Eastwood, and Cailee Spaeny lead the cast of this sequel movie, with Rinko Kikuchi, Charlie Day, and Burn Gorman reprising their roles from the previous film as Mako Mori, Dr. Newt Geiszler, and Dr. Hermann Gottlieb respectively. Also joining the cast was Jing Tian as Liwen Shao, a businesswoman who is basically trying to run the Jaeger program out of business with her drone program. As always, the dynamic between Day and Gorman’s characters was humorous and very well done, while Boyega’s performance is also to be praised, partly due to how well he tried to match the accent of his character’s father. Spaeny also did a great job portraying a girl who lost her parents in the Kaiju war. If a third movie is to be made, I’m very excited to see the dynamic between Boyega and Spaeny continue.

The special effects were also incredibly well done. What we saw in the film were beautifully created Jaegers in bright colors fighting against monstrous Kaiju creatures bent on wiping out all life on Earth. The effects are bolder, the danger greater, and of course, the explosions bigger.

Lastly, I do want to talk about this plot. While it is fully formed, there are a few slow dull points that I did not like. Also, I was really disappointed that one certain character met a fate that I didn’t want for them this early in the film. I won’t spoil it for you (this time), but it is a character I did predict would die in the film. While I was correct, I just didn’t want it to be this early because I wanted to see more scenes with this character and another character.
Overall, I do give the film an 8.5/10, or B. While it is not as good as the first film (which I also predicted, since the sequel is almost never as good/better than the original), this film will leave fans of the franchise rooting for more.